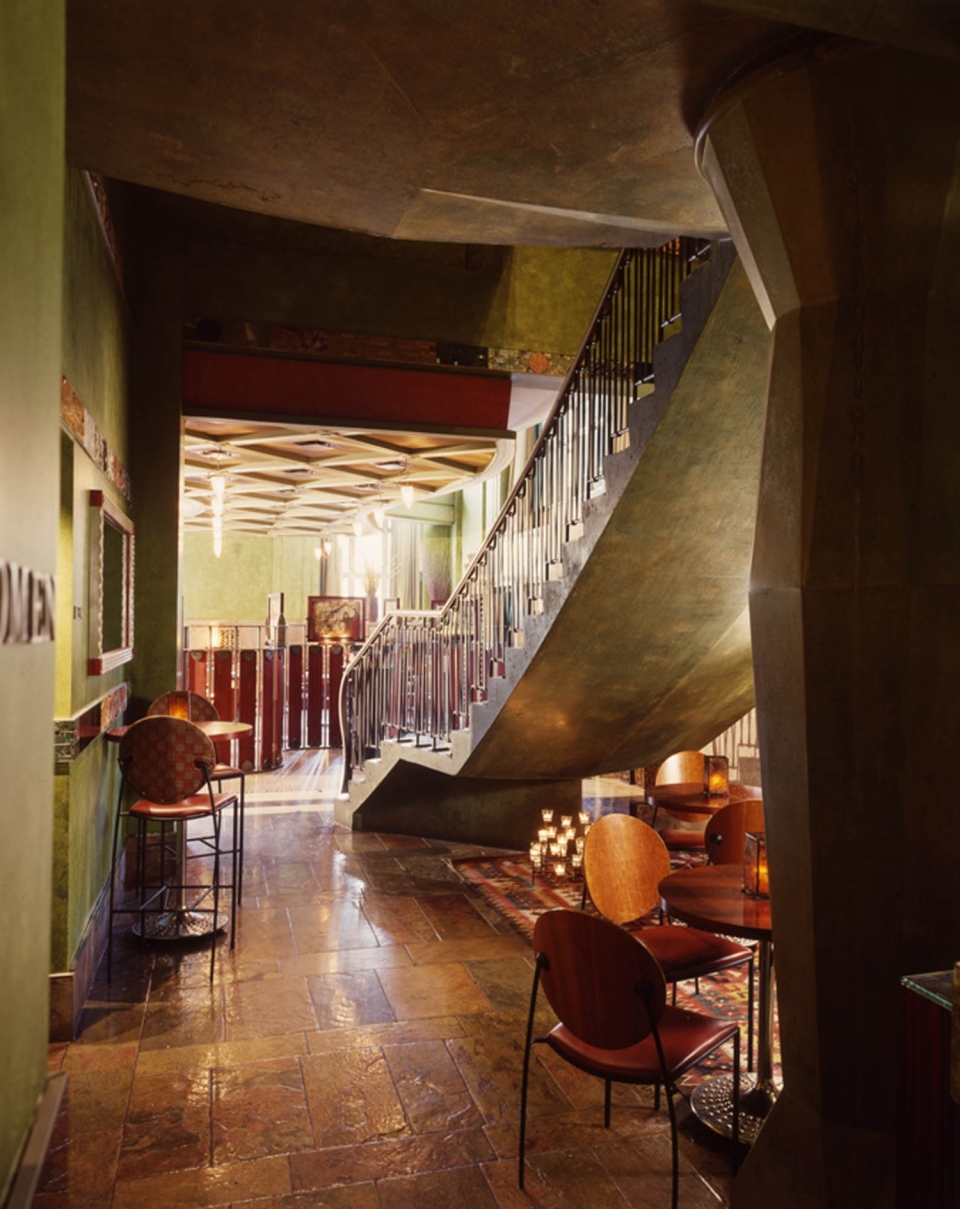 TABLA, NEW YORK, NY - Our challenge at Tabla was to create an interior that supports and extends the idea of American food viewed through a kaleidoscope of Indian Spices.  It was our intention to design interior spaces that – like the flavors of the food – are so powerful, original and unexpected that they evoke intense emotions in the patrons.  The space held specific challenges for the new restaurant particularly its two-story configuration and its existing Art-Deco detailing which was protected by virtue of the building’s National Register status.

Although we strenuously resisted any literal references to Indian architecture, part of our design benefited from investigations of mandalas, the diagrams that guided the design of ancient Indian architecture.  The Vastu-Purusha mandala inscribes the human form (in a seated position of “perfect measure”} within a square whose corners represent the four cardinal points of the earth.  The simultaneous depiction of the organic shape of an abstracted human form in equilibrium with the pure geometric shape of the square encouraged us to include profile fragments of the human form – the curve of a thigh, the roll of a shoulder – within the square plan form of the bar and dining areas.  The subtle cleavages between the upper mezzanine level and the exterior wall of the building that allow continuity between the upper and lower levels are themselves the result of the competing formal vocabularies of the grid and the body.   More broadly, the sensual nature of the abstracted human forms balances the hard geometries of the existing art deco wall and ceiling decoration.  The sensuous anthropomorphism which lies at the heart of the mandala/diagram is also captured in the cast-in-place, integrally colored concrete of the bar, stair and columns.

Materially, our extensive use of padauk wood and slate both of which come from India combined with the existing nickel bronze metal work and Tennessee pink marble reinforce the idea of cultural overlay.  The woven steel straps that constitute the railings throughout the patron areas refer to the animal skin lacings that tighten the heads of the tunable Indian drums (Tabla) for which the restaurant is named.