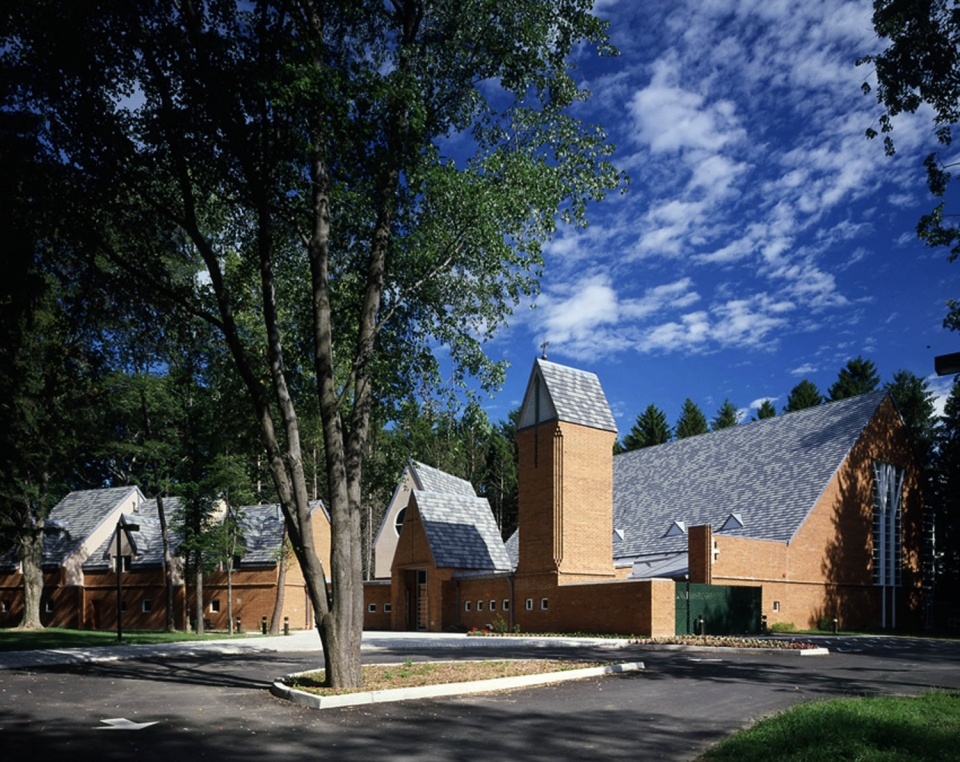 ST.STEPHEN’S ROMAN CATHOLIC CHURCH, WARWICK, NY St. Stephen’s Church is located on a verdant site set in the rolling farmland of Orange County, New York.  The natural characteristics of the property--namely, an impressive “plantation” of red pines and an even more impressive though less formal group of ancient maple and oak trees-- were used as integral parts of the site design.  An existing school and convent were also drawn into the overall composition to serve, with the new church complex, as the boundaries of a series of outdoor courtyards.

The internal organization of the church reflects the recent thinking about Catholic church planning that is outlines in Environment and Art in Catholic Worship.  The large atrium serves as a secular gathering room that can accommodate at least 100 congregants under the raised roof of the assembly area.  The main sanctuary, which can seat 650-700 worshippers comfortably, takes its inspiration from two sources.  While its overall shape recalls many of the larger rural buildings in the region, the structural columns are bracketing in the sanctuary reiterate the form of the the “plantation” pines.  The sacristies and the parish center/rectory are each given their own character and scale in order to make these important programmatic elements legible on both the exterior and interior.

By composing these separate elements of the program informally, the design of the new church acknowledges both the overall form and massing of the vernacular farm complexes that are integral to the identity of the region.