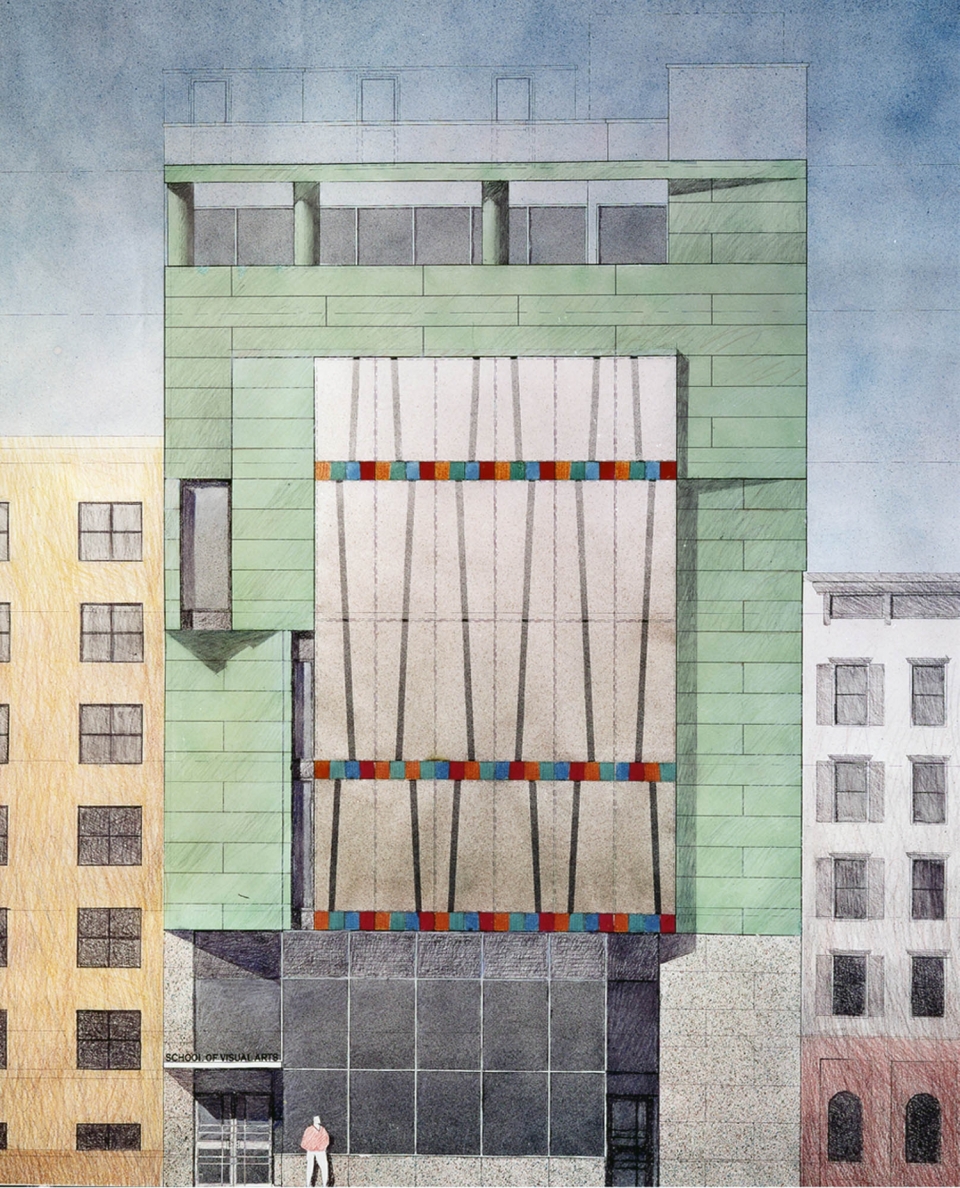 RESOURCE AND IMAGE CENTER (SVA) NEW YORK, NY - The project for the Visual Resource Center of School of Visual Arts was as complex and densely programmed as a car battery. Restricted both in height and floor area by the NYC Zoning Ordinance, the building centralized the School’s vast collection of comics, illustration art, posters and movie scripts and included a movie theater and computer graphics lab.

The 7 story, 25,000 square foot facility has been designed to contain the Visual and Library Collections as well as a computer graphics resource center, an Auditorium/Cinema and gallery spaces.  The proposed building, the first standing alone. purpose-built structure erected by the school, will centralize a resource that is vital to the Faculty and Students as well as the city at large.

To give form to this idea, we envision a visually striking building that will act as a beacon to the school community and city around it.  Although the Library and Repository  programs require interior space without fenestration, we have placed reading rooms at the southern street elevation.  We have composed the facade with frosted and clear glass as a means of trapping the ambient light of the interiors and casting it back out to the street in the manner of a large light fixture.  As an institutional emblem, we have conceived of the facade as a lively composition, striking from the street, carried out in noble materials of metal, glass and stone to give the building a gravitas appropriate to the academic and scholarly enterprise it facilitates.

The building is to be erected in a vacant 50 x 100 foot lot in 21st street in the East Side of Manhattan.  The project has received zoning approval and building permitting.  It awaits funding.