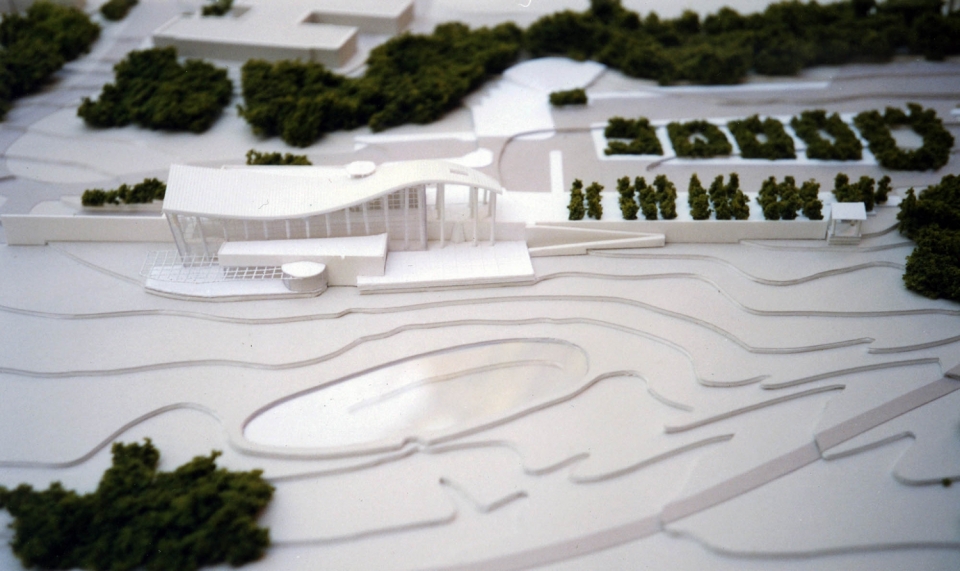 PURPLE HEART MUSEUM, ENFIELD, CT - Like the flowing form of a flag borne into battle, half raised and billowing from its diagonal staff, the roof of this building undulates and floats over the interior program of educational and memorial displays in honor of those who received the Purple Heart in recognition of their having been wounded in combat.  The most widely awarded medal in the American military and devised by George Washington, the Purple Heart is the common man’s medal, a sign of thanks for valor in the face of danger.  But, this is not a medal that celebrates singular acts of heroism.  Rather, it is a medal which by virtue of the frequency with which it is given, records the acts of ordinary citizens serving in the military and fighting on the country’s behalf.