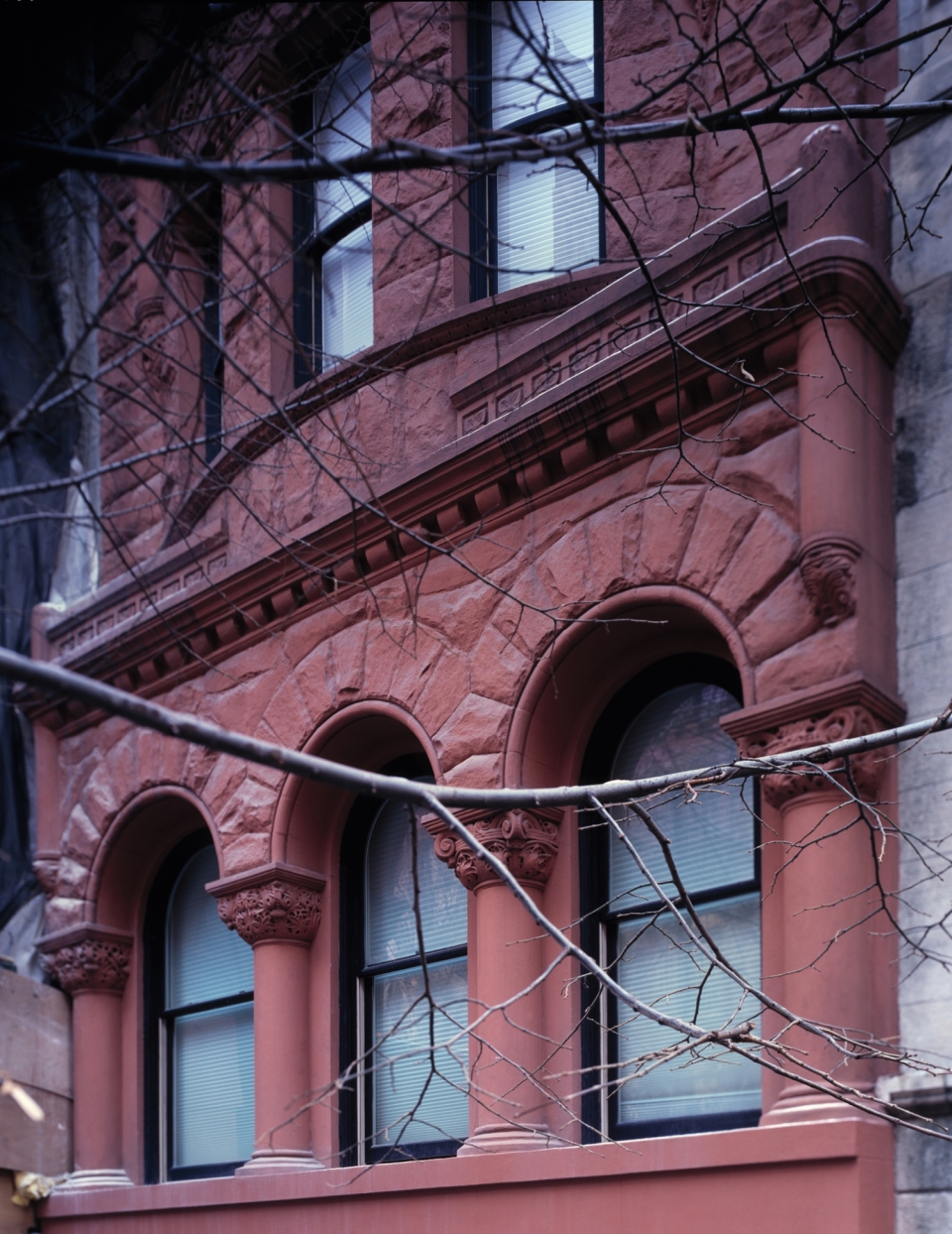 PIOL RESIDENCE NEW YORK, NY- A five story, two family residence built within an existing early 20th century Neo-Romanesque New York City row-house located in the Carnegie Hill Historic District. Built as a compound to accommodate a family of four and its relatives in two separate dwelling areas, this residential building is divided into a lower triplex unit with cellar and an upper triplex with a roof terrace and penthouse structure.  The rich material pallet and deep chromatic colors that characterize the interiors were inspired by the original structure whose brownstone and ornate carvings are a distinctive part of the streetscape.  Blued and blackened steel, stained and dyed woods, slate, marble and granite provide a visual texture on the inside that fulfills the “promise” of the exterior façade without the need for ornament.  The compositional simplicity and strong horizontal emphasis enhance the feeling of openness in a narrow building (18’ wide) with no fenestration on its east and west party walls.  To reinforce the visual extension of space we have applied materials to large surface areas that continue past the boundaries of rooms.  Lighting, especially in concealed coves, also plays its part in the creation of a quality of openness and visual extension.