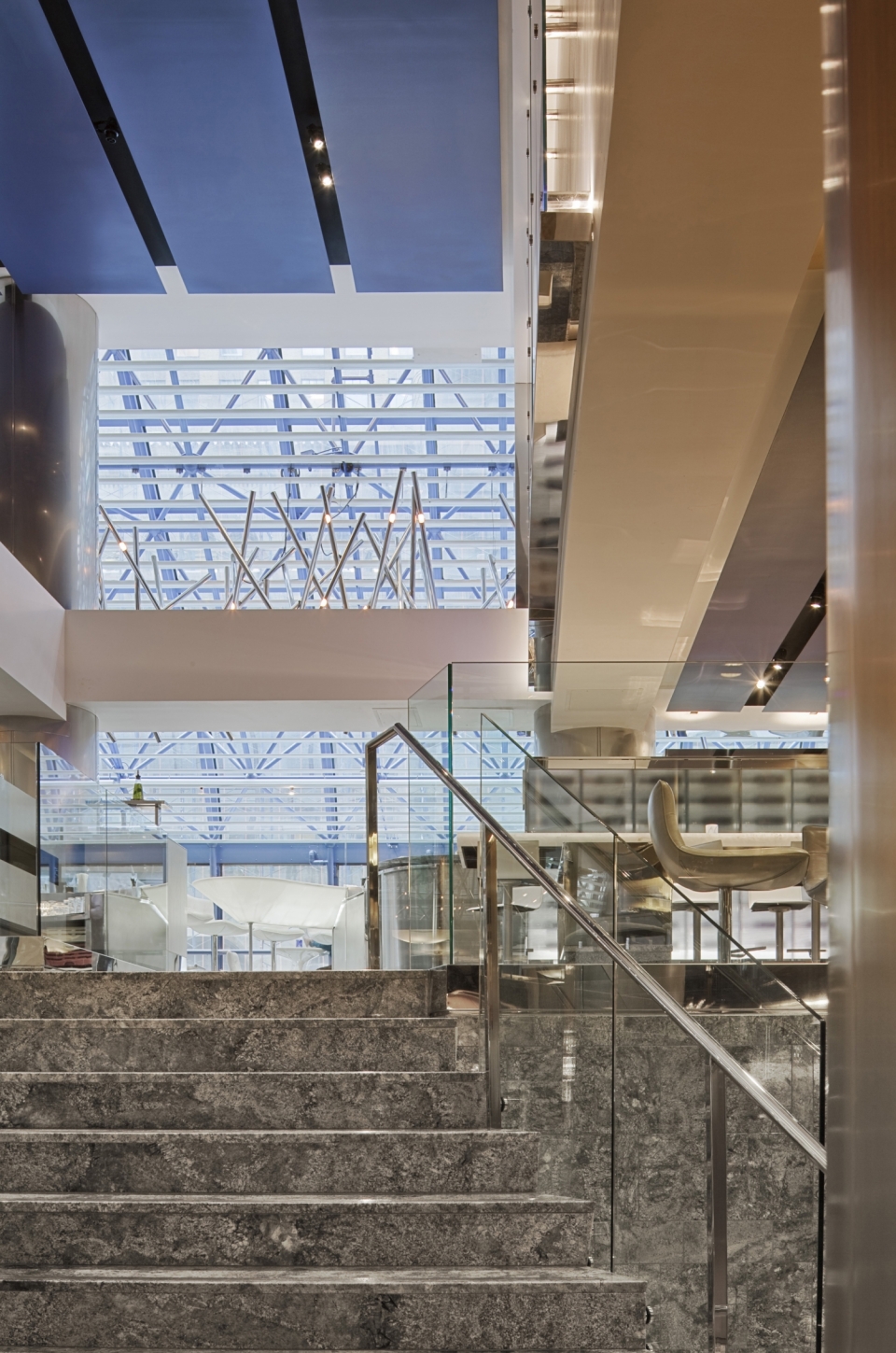 NEW YORK CENTRAL AT GRAND HYATT NY, NEW YORK, NY- New York Central is part of a reinvention of one of the most enigmatic hotels in New York City, the Grand Hyatt New York.  As the flagship of the Grand Hyatt brand, this New York hotel once projected glamour and exclusiveness by virtue of its rich material palette, its Piranesian interior arrangement of platforms, balconies and stairs and its association with the impresario and real estate developer, Donald Trump.  But the bloom was off the rose by the 1990s and the building and brand representative were in serious need of a transformation.  The greenhouse extension over 42nd Street in which the restaurant is situated is a legacy of the Trump era.  As one of the only permitted projections into the street canyon on this major east-west thoroughfare, it has extraordinary views across the expanse of the city and out over both the East and Hudson Rivers.  Our task was to take a space that had been cut off from the lobby of the hotel by a prior renovation and make it the heart of a newly conceived Lobby appropriate to a great urban hotel.  With a long, and narrow plan extending along the southern façade of the building, the space also lacked a formal singularity that was conducive to a dining community.  To link the various spaces that stretch from East to West, we introduced a major hanging sculpture which sweeps through its length, visually connecting all of the spaces before leaping out over the entry lobby below.  A dramatic internally illuminated bar situated below a glowing glass wall and video screen is both a feature from inside the restaurant and from the street below.  The central lounge area is perched dramatically over the point of entry to the hotel from 42nd Street.  The principal dining area to the East is connected to an open kitchen which sits above a major art piece by the artist Per Fronth.  A second Per Fronth piece in back lit glass fronts the wine rack in the “wine library” a perch above the lobby that beckons to hotel guests in the main lobby below.  The program included handicap access via a new elevator that rises from the street to the lobby and restaurant.