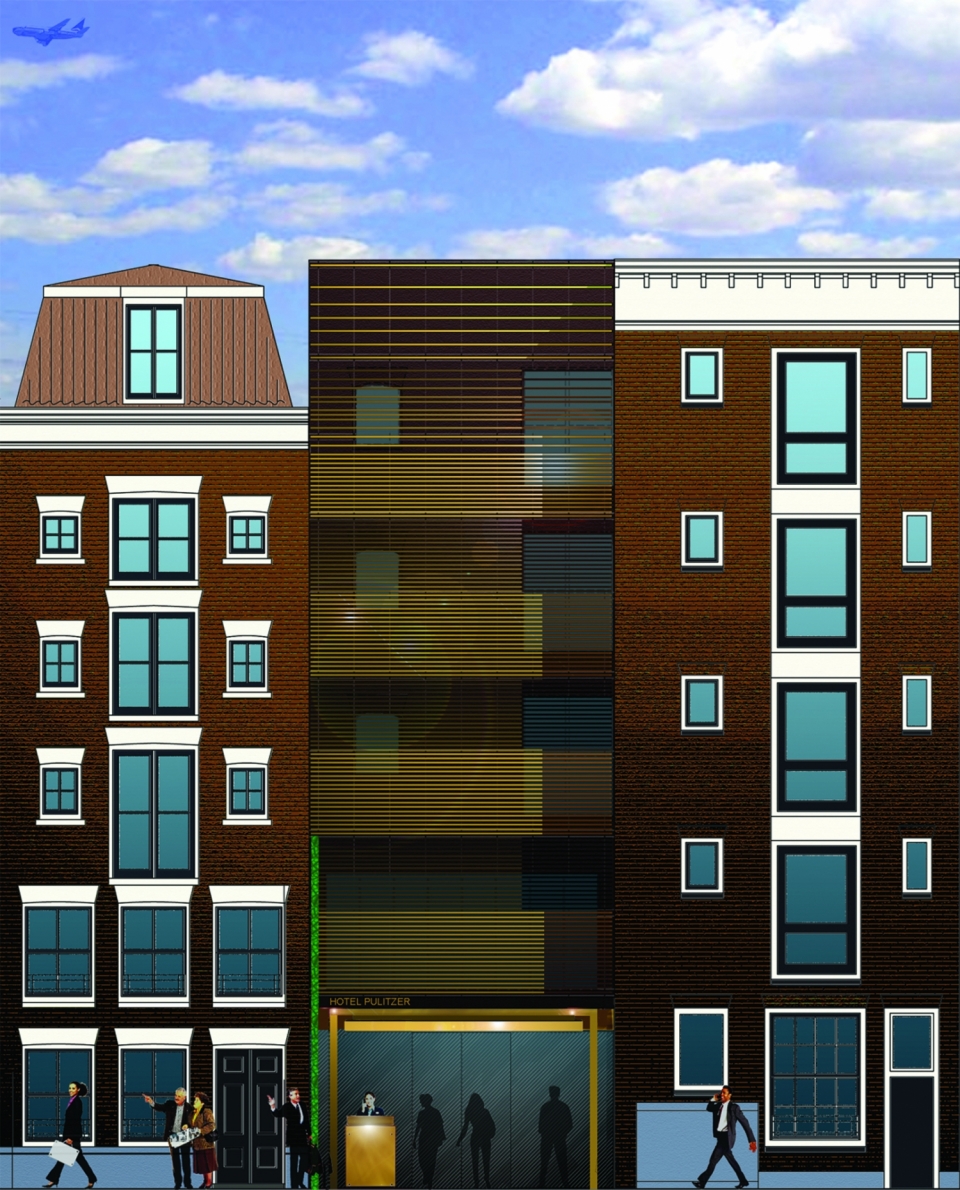 HOTEL PULITZER, AMSTERDAM, NL - The Hotel Pulitzer project consists of the renovation and reinvention of a venerable luxury class hotel located in the historic center of Amsterdam.  The complex is bracketed by two canals, Kaisergracht and Prinsengracht.  The hotel comprises 23 separate town houses and commercial buildings which have been linked via glass corridors.  At the heart of the complex is a large outdoor garden area, a feature which serves to unify the ensemble.  Our task was to provide a new aesthetic direction which took its cues from the historic context but also reflected the progressive aspects of contemporary Dutch culture.  The scope of the project included a new façade, lobby, hotel restaurant, bar, banquet facilities, new suites as well as the refurbishment of its 230 rooms.

The new design begins at the facade for which we propose a startling bronze and glass structure whose color and patterning recall the architecture characteristic of the district.  Large areas of glass, a strong horizontal orientation based on brick coursing as well as the distinctive deep brown similar to the creosote masonry paint that protects the early buildings link new to old. From this exterior facade and porch, a series of spaces unfold which emphasize and expand upon the theme of the courtyard garden that lies within the building.  The walls of the lobby form planes of stucco separated by windows opening on to inner courtyards.  Full-height mirror, stone, bleached wood, top lighting, as well as highly reflective surfaces at the ceiling reproduce the features of the classic Dutch interior depicted in the work of Vermeer, Rembrandt, and others.  A similar material palette and garden orientation predominates in the other spaces such as the restaurant and bar.

On a more practical note, we reorganized the circulation in the lobby to facilitate the movement of guests in and out of this tight configuration.  Registering patrons are serviced off of the main entry route.  Guests in the hotel can come and go without getting involved in these administrative activities.