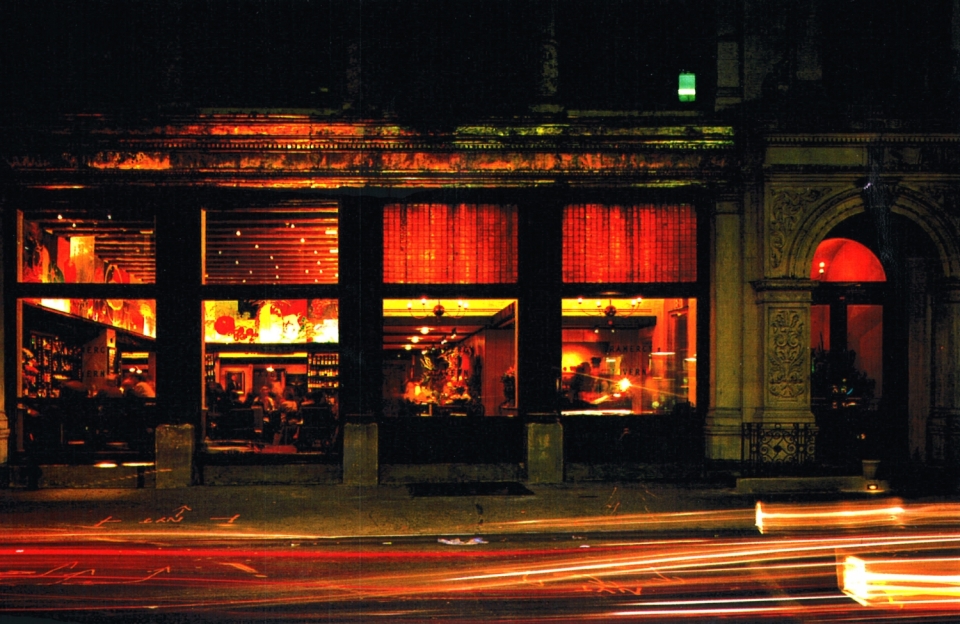 GRAMERCY TAVERN, NEW YORK, NY - As a restaurant, Gramercy Tavern marries the genteel traditions of the Gramercy Park neighborhood in which is its located and modern concepts of food and wine to which the owners subscribe.  As a design, Gramercy Tavern explores similar distinctions between the refined and the rustic, the urbane and the bucolic, the cultured and the provincial – in short, the distinctive ways of life that the apparent opposition between town and country entails.

Within a uniform column grid of lofty space in a gracefully aged industrial building, we established a series of architectural episodes that rely equally on the rustic qualities of early American tavern architecture in general and the modern aspects of the regular column grid of the building in particular.  By combining these two, we sought to create a hybrid interior that is at once reminiscent of the past while being firmly rooted in the present.  Our intention was to extend the architectural traditions of taverns not to recreate one.

The design of Gramercy Tavern projects a character that lies between “house” and “institution,” or better, between comfortable rusticity and urbane assurance.  The Tavern is both modern and resonant with reminders of the building traditions of early America.