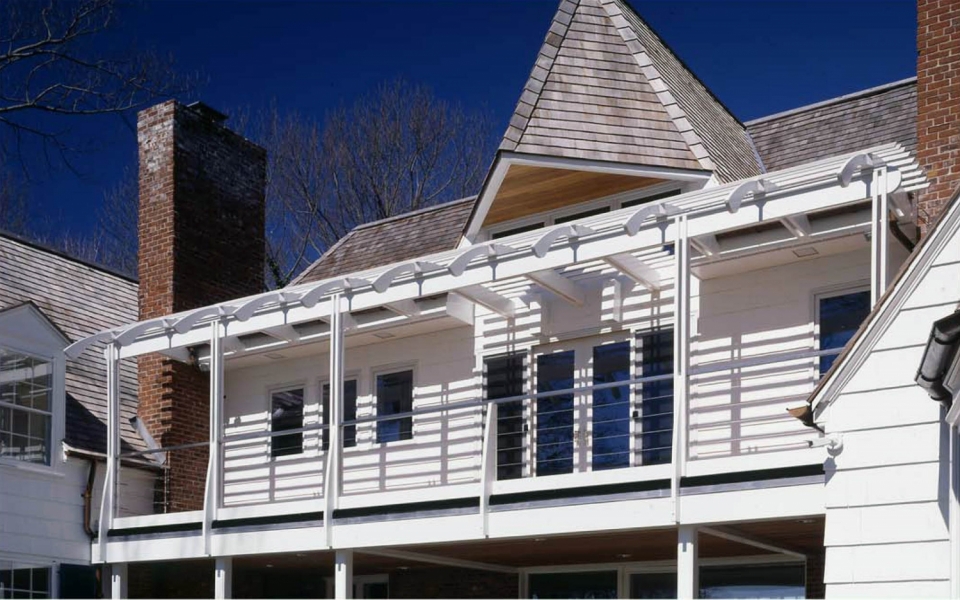 FORT HILL HOUSE, Lloyd Neck, NY - Originally designed in the 1930s as a weekend house for an older couple, this house was renovated to create a proper domicile for a family of four making its permanent home on Long Island.  The addition of a second floor including a master bedroom and a bedroom for the children over the entry allowed us to augment the Entry Vestibule, increasing its visibility upon arrival. Situated high on a bluff above an inlet on the north shore of Long Island, the house’s public face is oriented north and its primary interior spaces to the south or rear.  Thus, those spaces which open up to the exterior upon entering the house – a porch, the public rooms of the living and dining rooms and family areas as well as the balcony to the newly added master bedroom on the second floor – are situated on the back of the house facing toward the rising and setting sun.  In making a second floor addition, we were able to preserve the basic symmetry of the building mass. In keeping with this goal of retaining the essential configuration of the H shaped plan, our modifications to the side wings were carried out without major modification to the exterior.  A new kitchen carved out of a service area is an open space which flows into the adjacent family room.