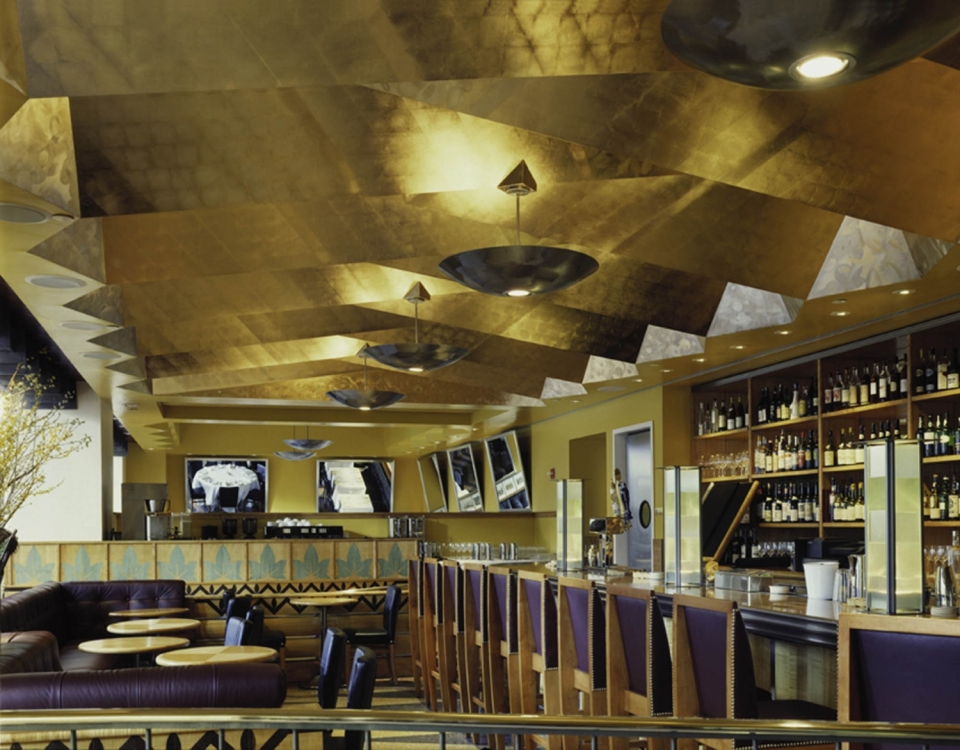 ELEVEN MADISON PARK, NEW YORK, NY - Eleven Madison Park, located in the landmarked Metropolitan Life Insurance Company Building, is a contemporary New York restaurant with French inspiration. Within the large volume of the former auditorium a series of "rooms" defined by banquettes and raised platforms create a variety of dining experiences that allow patrons to feel that the restaurant is grand but not overwhelming. The bar area, whose newly installed gold-leafed folded ceiling refers to decorative elements on the exterior of the original building, provides an intimate counterpoint to the tall ceilings of the main dining room.  Airy new light hoops hover below the existing pendant fixtures of the main room to reduce the scale of the space at night, while letting the tall windows overlooking Madison Park outside fill the room with sun during the day.

As an allusion to the park, the green leaf motifs on the sycamore banquettes are based on the leaves of the century-old Gingko, London Plane, and Linden tree species that predominate. The private dining rooms and private dining room kitchen visible from below in the main dining room are positioned to permit views of the park and create an alternative prospect for patrons in the main room, when the tall windows darken and the view to the park diminishes.