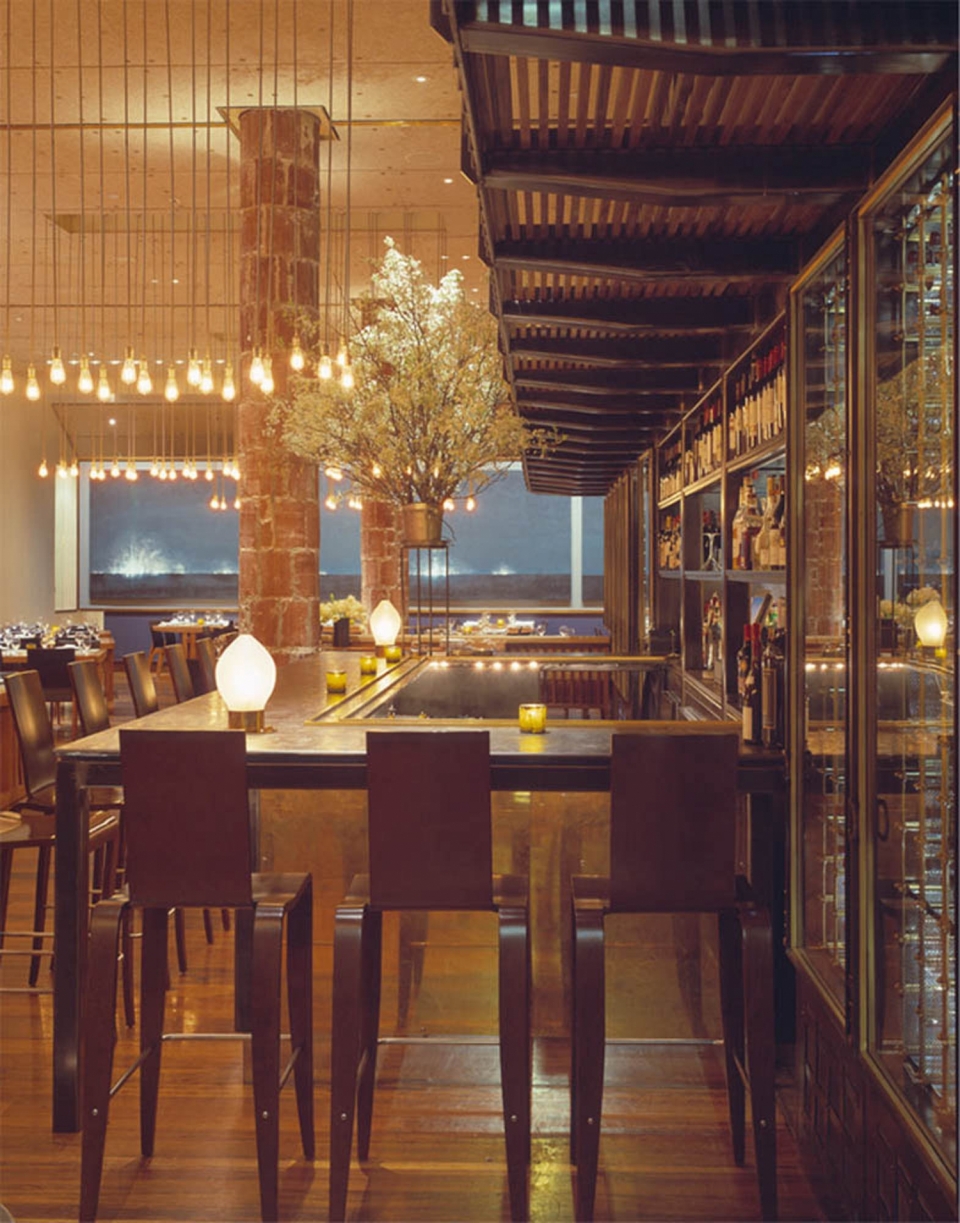 CRAFT NEW YORK, NEW YORK, NY - Tom Colicchio, the chef for whom we designed this restaurant firmly believes that cooking of any kind is a craft not an art. For this restaurant, he planned to use the highest form of uncomplicated culinary craftsmanship to explore the full flavor of each artisanally raised ingredient on the seasonal menu and serve these unadorned on separate plates placed at the center of each table for all to share.

His approach motivated us to experiment with a limited set of architectural materials and the most suitable craftsmanship required to join them.  Within this former department store built in 1886, our goal was to shape a simple yet texturally and spatially rich interior that reinforces his aspirations for food and service both functionally and metaphorically.

Five distinct elements – a rectilinear steel and bronze wine vault, a curved Brazilian walnut and leather paneled wall, a space-expanding triptych, existing terra-cotta clad columns, and amber-hued bare bulb chandeliers – modulate the scale of the 14 foot high space of the first floor as patrons move through the eighty-foot long room.  The spatial compression and release created by these elements provides varying degrees of intimacy while preserving the communal quality of a single room refectory that the chef sought.

In their ability to compare the visual and tactile characteristics of the materials that make up each element, the patrons’ sensual appreciation of the space they inhabit deepens.  The cool rigidity of the two-story wine vault accentuates the warm, curved softness of the leather-paneled wall facing it.  The rough matte texture of the wood fiber ceiling panels intensifies the reflective surface of the bronze reveals and column capitals.  Carrying this strategy of contrast to the design of new next to old, we preserved the terra-cotta block-clad columns and a scored brick wall of the original building.  The visibility of these parts and their constructional prose reveals a connection between what is seen and how it is made, while also bridging between the scale of the body and the scale of the overall room.  Throughout the space, the material finishes of fittings and furnishings are unprotected to encourage natural variations in surface texture and color induced by age and use.