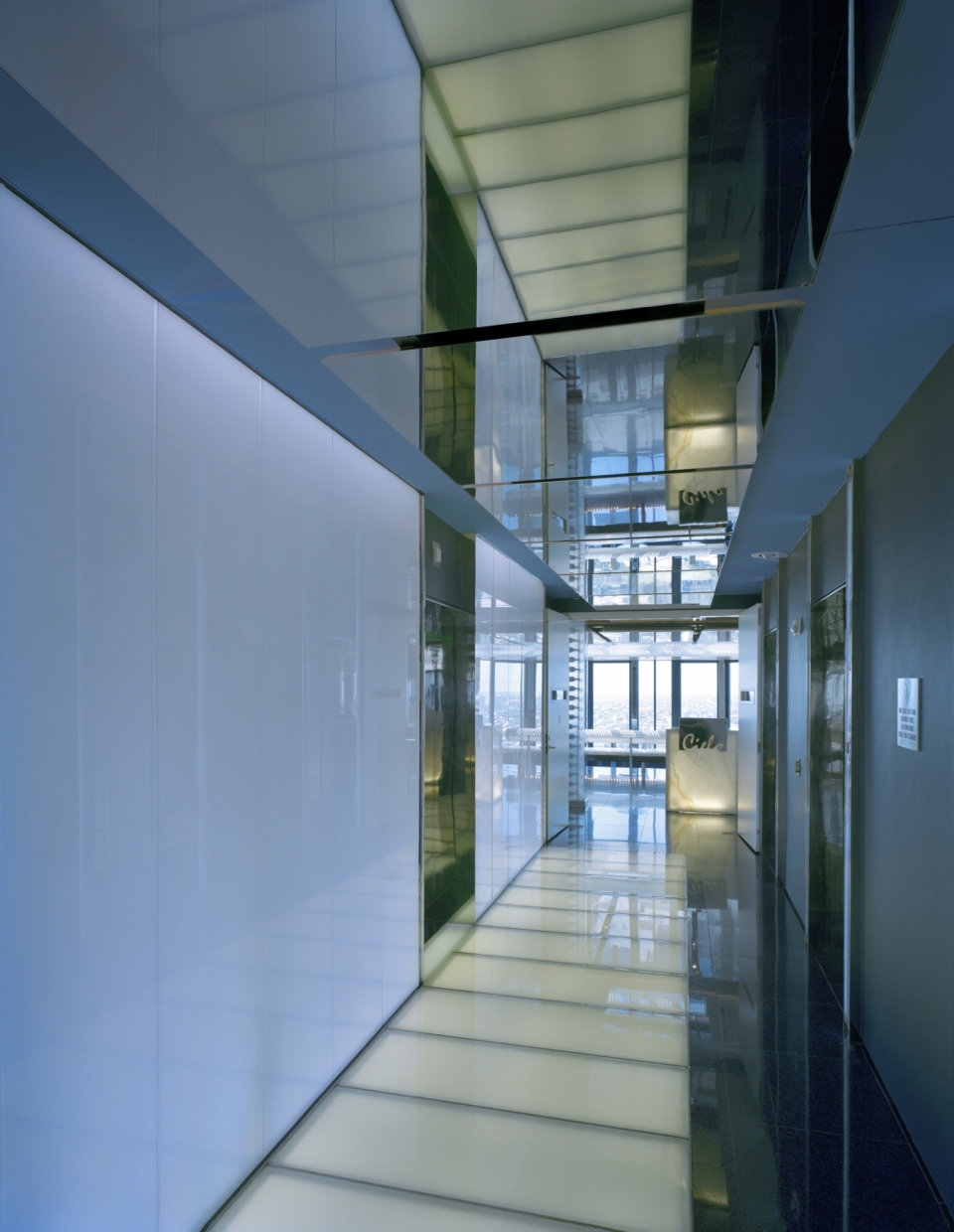 CIELO, BOCA RATON, FL - Cielo is the new “jewel-in-the-crown” at the Boca Raton Resort and Club, a North American flagship of the chefs Gordon Ramsay and Angela Hartnett.  Located on the top floor of the resort’s 27-story tower, the space offers near 360-degree views of the ocean, the inter-coastal waterway, and the Florida hinterland.  The design emphasizes the views outward.  To this end, we incorporated a series of platforms which terrace down from the center of the building to the windows at the perimeter.  To capitalize on the reflected light coming up from the surface of the sea, and as a way of dramatizing the prominent horizon line, all of the ceilings are highly reflective.  These capture the light as well as the motion of the waves below.  At night, these surfaces reflect the candlelight at each table, creating the impression of a starry sky above.  In contrast to the white ceilings, walls, and furniture, the floors and window frames are dark blue, a color that disappears when seen against the contrast of the sky outside.

In addition to the strong orientation to the view, the restaurant design organizes the components such as the bar, chef’s table, and alcoves around the tower in such a way that these spaces are both separate and connected, giving the diners a sense of calming stasis and spatial fluidity.  This is especially important in a restaurant, a type of hospitality environment in which the experience of the “community” is as important as the privacy of the individual diner.

With similar aspiration to render a sense of community and shared experience, we laid out the seating at the point of entry so that incoming patrons present themselves to the audience seated in the bar.  The human energy concentrated on the “proscenium” through which they pass is palpable.  From this point--marked by a flowing onyx greeter station--guests promenade to the dining areas around the core, proceeding along the upper and lower tiers of seats.  A monumental abstract art piece by Per Fronth recapitulates the rippled reflections of the sea outside, making the lofty experience even more vertiginous.