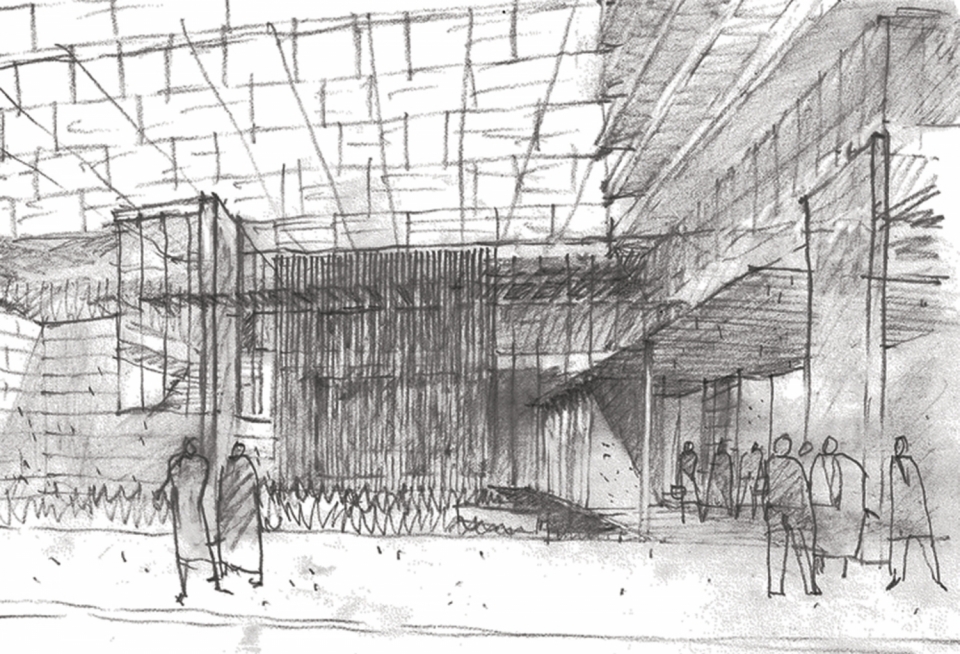 ANDAZ HOTEL, AUSTIN, TX - The first purpose-built hotel in a new luxury brand being developed by a major international hospitality group, Andaz Austin builds the guest experience around the individual‘s “style.”  To fulfill this goal, the physical infrastructure must avoid the conventional in form, material and function.  The design supports a “natural” and unstructured relationship between the guest and “host” that facilitates an unfolding and spontaneous interaction between the two.   As a corollary to this relationship, the brand philosophy also places great value in the connection between the hotel and its natural setting, emphasizing materials, environmental enhancements, cuisine, art and other aspects of the material culture of the region.  Andaz is luxurious, unfettered, natural, authentic, informal, gracious, healthful, conscientious and progressive.

Austin is an ideal environment in which to deploy this concept.  A warm weather climate, the city possesses a highly educated populace living within a robust landscape at the boundary between the coastal lowlands and the high plains with a river running through it.  In recognition, this design is predicated on the ability to move from outside to inside and takes advantage of the topography sloping to the south to create multiple interior platforms of space.  Absent are common trappings of the hotel such as the front desk, bell stations, waiting areas and segregated food service venues.  In their place, lobby spaces flow and weave from one program area to another delivering on the promise of a borderless interior.  At the same time, we have been careful to institute boundaries defined by level changes, material transitions, translucent glass walls, screens and sometimes walls to offer intimate, private moments as well as communal ones.  The hotel contains approximately 200 rooms, meeting rooms, spa, gym, pool and dining areas.

The material palette is derived from common local sources for wood, stone, fabric, finishes, etc.  Pecan, mesquite, limestone and black iron are featured throughout.  These materials are each associated with craft-based industries whose “masters” we have called upon to augment the simple architectural forms of the interior.  The result is a design that is both novel and familiar, local and yet universal in spirit and hospitable in ways that depart from the conventional hotel.